The National Institutes of Health has awarded $2.6 million to University of Georgia researcher, Dr. Kojo Mensa-Wilmot, and his team to advance new drugs to treat African Trypanosomiasis, also known as HAT or African sleeping sickness.

The UGA-led team has developed a drug that has cured HAT in mice. "HAT is a disease of poverty,” says Dr. Mensa-Wilmot, ”so there is little incentive, understandably, for large pharmaceutical industries to be heavily invested.”

African Trypanosomiasis is caused by a single-celled parasite called Trypanosoma brucei. The parasite is transmitted to humans through tsetse fly bites, and infects the central nervous system. It causes confusion, personality changes, and sleep disturbances. Without treatment, the infection is almost always fatal. Rural populations in sub-Saharan Africa that depend on agriculture, fishing, and hunting are most likely to be exposed to tsetse flies.

Dr. Mensa-Wilmot is a professor and head of the Department of Cellular Biology. He leads the Chemical Biology Group and is a member of the Center for Tropical and Emerging Global Diseases. "There are immense challenges in understanding trypanosome biology because a significant number of their genes are not found in humans or yeasts, which are more intensely studied," said Dr. Mensa-Wilmot. "Using chemical biology tools to identify disease-relevant genes in the parasite, we discovered a small-molecule that prevents duplication of the nucleus in a trypanosome, and arrests proliferation of the parasite." 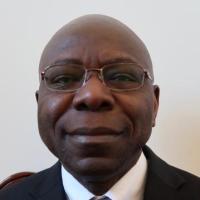 We appreciate your financial support. Your gift is important to us and helps support critical opportunities for students and faculty alike, including lectures, travel support, and any number of educational events that augment the classroom experience. Click here to learn more about giving.

Every dollar given has a direct impact upon our students and faculty.